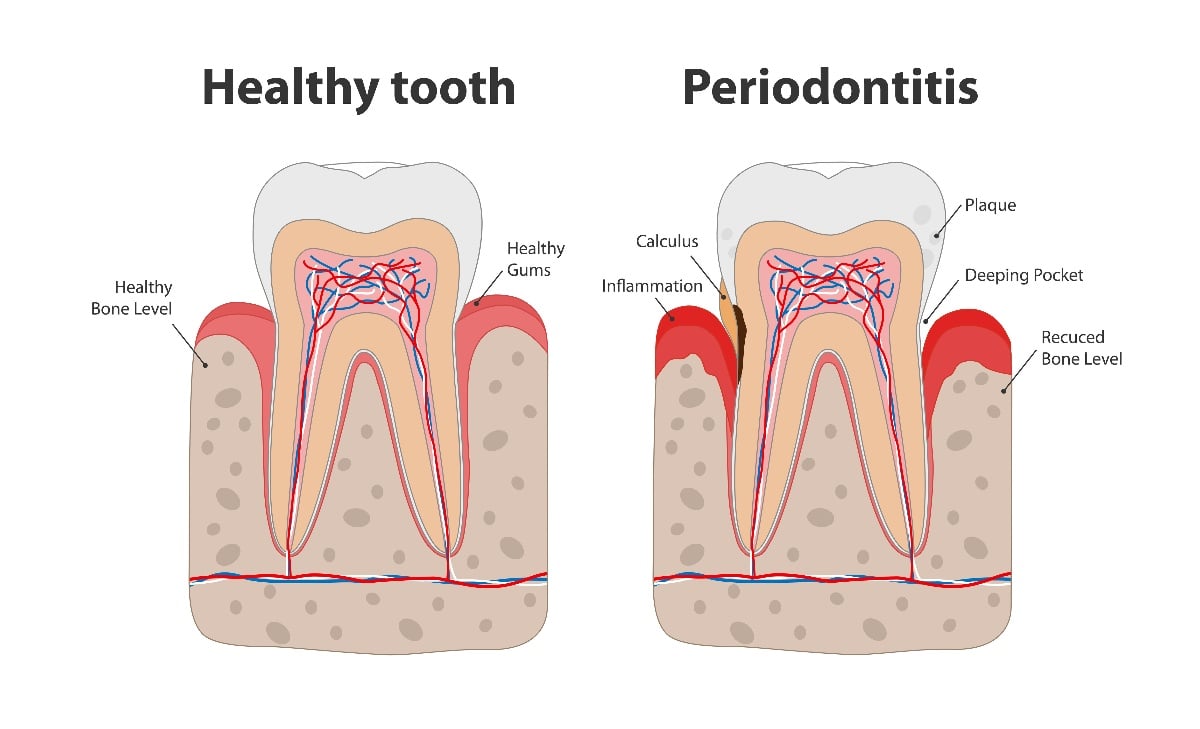 Many people in the US seek dental care because they have tooth pain or cavities.. However, teeth aren't the only component affecting a person's overall oral health. Gums play a critical role in maintaining good dental hygiene. Gum disease, also known as periodontal disease should not be ignored and the risk of developing issues only increases with age.

Studies by the Center for Diseases Control and Prevention (CDC) confirmed that 47.2% of individuals aged 30 and above report cases of gum disease, with the condition being more common in men than women. Periodontal disease prevalence increases as one grows older, and almost 70% of adults above 65 years have gum disease.

That indicates that dental health is not only determined by white, sparkling teeth. You also should pay close attention to the health of the gums to avoid developing periodontal disease. Preventing disease is far better and more cost-effective than treatments to correct after the damage is done. Treatments can range from gum therapies to invasive procedures such as gum grafting.

Periodontal disease is a dental condition caused by the infection or inflammation of the gum and jawbone supporting the teeth. Just as the connective tissues and ligaments on joints hold bones together, the gums protect the teeth and the bone that hold them in place.

In its initial stages, gum disease starts as plaque – a sticky film comprising bacteria, food particles, and mucus – lodged in a small space between the gum and the teeth. If left to build up, it causes gum infection, putting your teeth and surrounding bones at risk.

There are two stages of gum disease, namely:

The Risk Factors; Signs and Symptoms of Gum Disease

Lifestyle behaviors, health conditions, and some medical treatments may put you at risk of developing periodontal disease. Some common examples include:

Surprisingly, you may have gum disease and not feel the slightest pain, especially if you have gingivitis. It's critical to watch out for the following warning signs because they indicate a gum problem:

While the mechanism behind gum disease is relatively understood, studies have shown that this condition is associated with various serious health conditions, such as heart disease, cancer, respiratory disease, Alzheimer's disease, etc.

Below, we've discussed some of these health conditions you never thought were associated with periodontal disease.

It's difficult to understand how periodontal disease affects neurological processes, but scientific studies support that fact. After examining the cognitive performance of a sample population of men over 32 years, researchers concluded that cognitive function declined in older men as they lost more teeth due to gum disease and caries.

A bacterium called Porphyromonas gingivalis (P. gingivalis) is a common cause of periodontitis. It is known to stimulate the production and build-up of beta-amyloid, the main component of amyloid plaque found in individuals with Alzheimer's, a progressive disease that destroys the brain's memory and cognitive functions.

Inflammation is the body's response to irritants or disease-causing bacteria. It serves to protect body organs, but if it's allowed to continue, the chances of tissue and organ damage are high. There's a possibility that the inflammation of the gum can trickle down to the cardiovascular system and cause heart disease.

Another theory explains that the bacteria in the gum may enter the bloodstream and get carried to distant organs like the heart, causing damage and inflammation. Besides, there's scientific evidence that P. gingivalis is the most prevalent bacteria in the coronary artery.

Cancer and gum disease don't have much in common, but studies have shown that the latter can cause small but significant increases in an individual's overall cancer risk.

It turns out some specific tumors of the gastrointestinal tract and periodontal disease share one thing in common - bacteria called Treponema denticola. With the help of T. denticola proteinase enzyme, not only do the bacteria attack gum tissues, but they also catalyze the development of cancerous cells as they advance to healthy tissues.

The relationship between gum disease and respiratory issues is less surprising than the ones we've encountered thus far because the mouth is a shared gateway to the gums and lungs. In fact, chronic periodontitis is associated with declining respiratory function.

Even with controlled smoking, inflammation of the gum plays a significant role between the two health conditions. If the inflammation spreads from the gums to the respiratory tract, the tubes in the lungs also get inflamed and become narrower, restricting airflow.

The above information makes it clear how critical treating gum disease at its early stages is. It is easy to think that periodontal disease is a condition that occurs independently, but studies have indicated that it can also lead to serious health problems that one may not readily associate with it. Hence, it is essential to care for the gums and ensure proper oral hygiene to prevent gum disease and other serious health issues.

If you've noticed you have the warning signs of periodontal disease, visit Palmetto Dental Arts today. We have professional dentists dedicated to providing care with a high priority on patients' health and safety. You can book an appointment by phoning us at (843) 790-7211 or filling out this form. 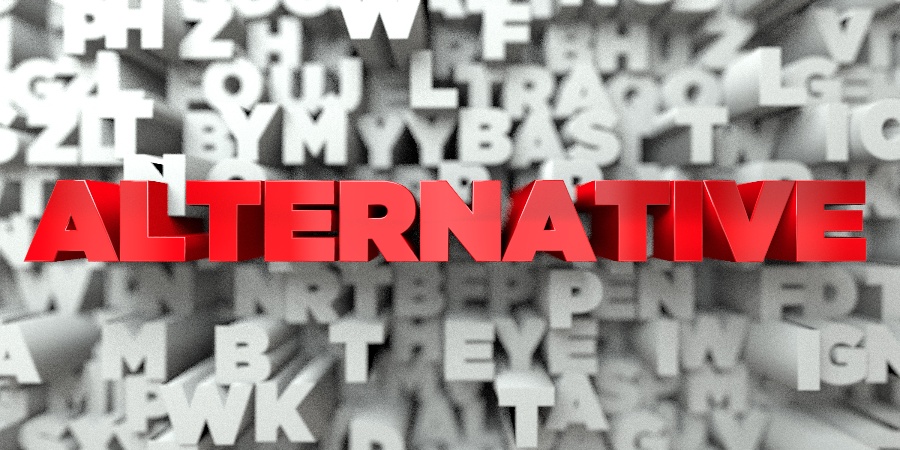 The LANAP Protocol: A Preferred Alternative to Traditional Surgery 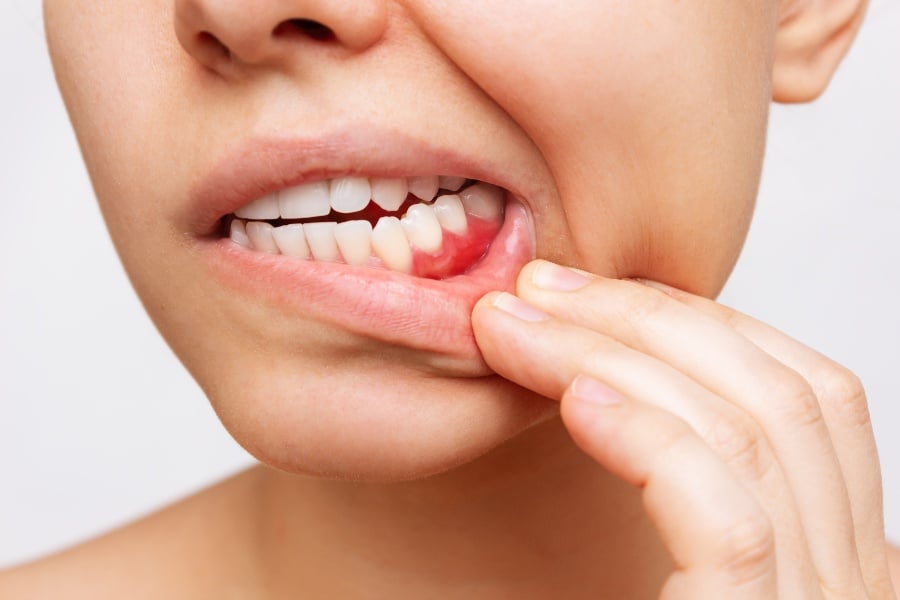 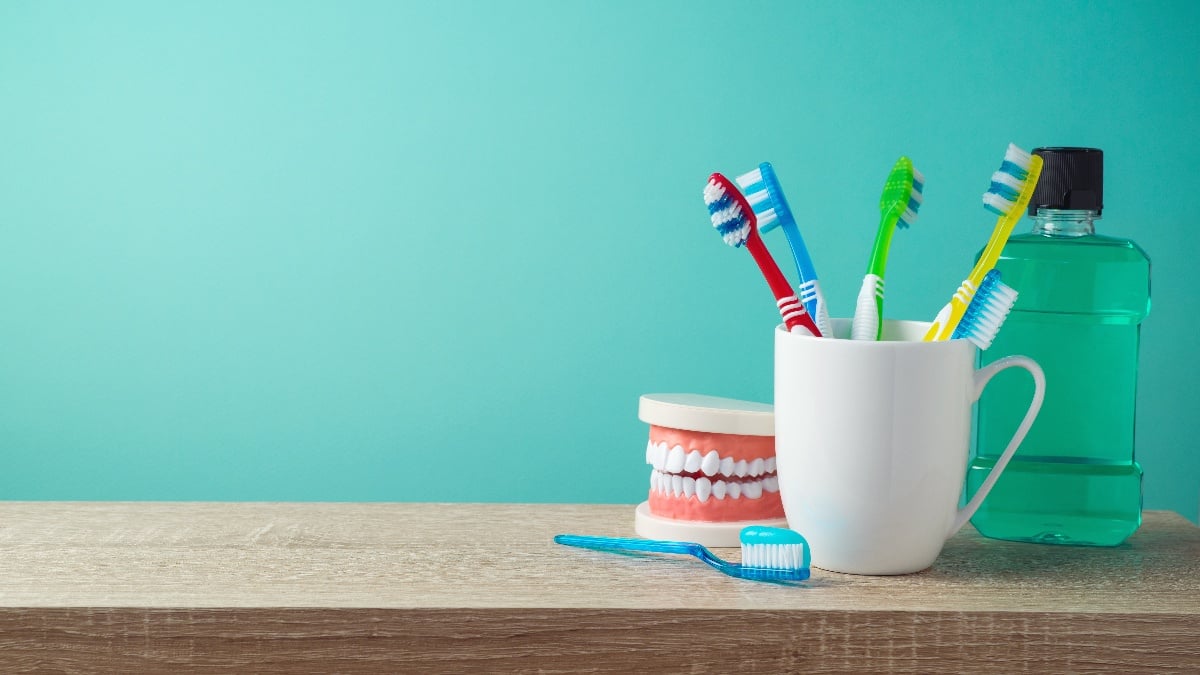 Better Dental Hygiene For The Spring

Porcelain Veneers vs. Composite Veneers
Are Dental Implants Painful?
What You Should Know About Tooth Sensitivity
The LANAP Protocol: A Preferred Alternative to Traditional Surgery
What Are Bleeding Gums a Sign Of?

Serving patients throughout the Bluffton, Hilton Head Island and Beaufort area, as well as from Savannah.

Get latest articles directly in your inbox, stay up to date